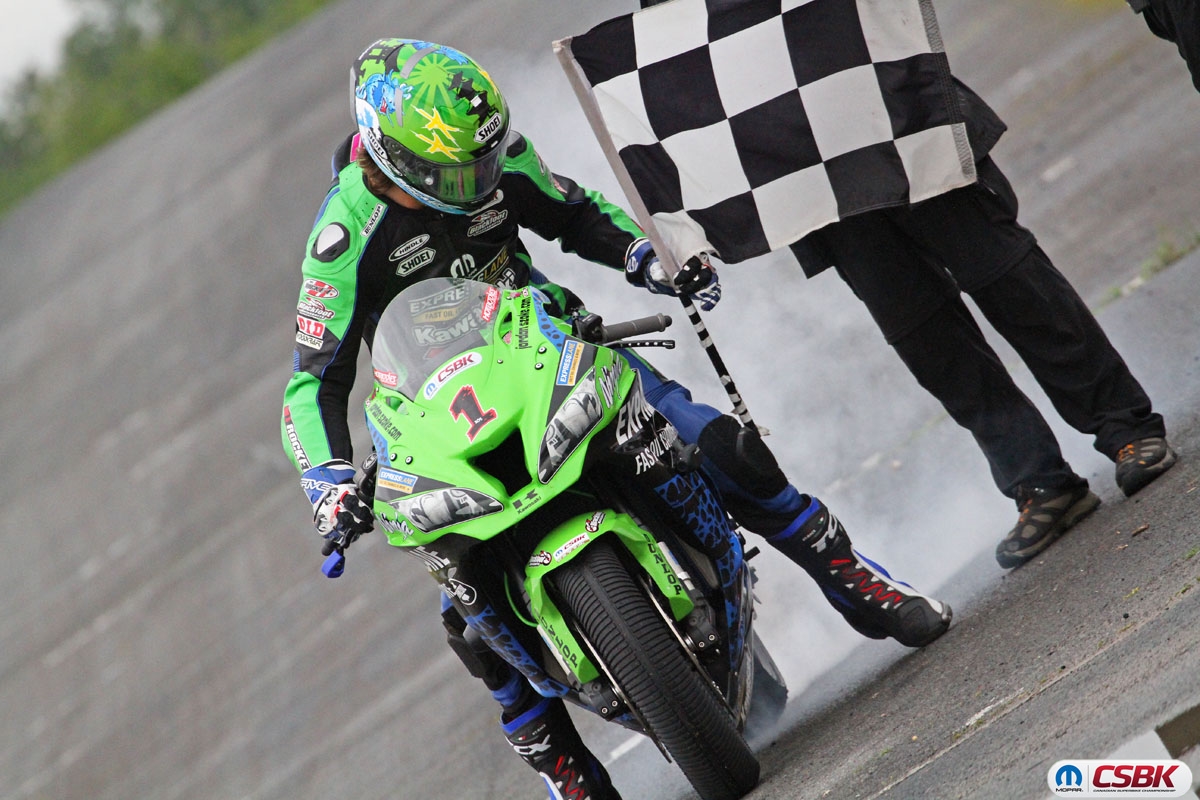 Eastern Canada hosted Round 4 of the Mopar Canadian Superbike Championship this past weekend. One of the most picturesque locations on the schedule Atlantic Motorsport Park is a fan favourite on the National Tour.

With racing on Saturday and Sunday Szoke has ample opportunity to close the points gap to rival Ben Young.

Jordan watched that opportunity fade away in a cloud of dust and motorcycle parts during Race 1 on Saturday, desperately trying to avoid disaster on lap three. The race leader Trevor Daley slowed exiting the final corner causing Szoke to collide with Young destroying his motorcycle and unable to finish.

Sunday’s feature event also has its fair share of excitement as Mother Nature moved a dramatic weather cell right as the Superbike racers waited on the grid. It didn’t take long for riders and crew alike to abandon their posts and seek shelter to await the storm.

Deemed a wet race the riders had 10 minutes to prepare their equipment for the 20 lap feature event. Which proved stressful for the Mopar Express Lane Blackfoot Kawasaki crew as there was only one motorcycle to work with.

The crew’s hard work payed off as Szoke took the lead on lap nine and took the much needed victory.

“I didn’t get the best of starts, but I typically do pretty well in wet races, so I was able to work my way to Ben just as the track started to dry out a bit and the tires really came together,” Szoke said. “It’s going to be an uphill battle, because Ben would really have to make some big mistakes to throw this one away, but anything can happen and this is a good start so now all we can do is look forward to CTMP.”

Jordan will have a busy two weeks trying to prepare another Kawasaki ZX10 for the season finale held at Canadian Tire Motorsport Park August 9-11.

From a press release

Disclaimer: Press releases that are posted in this section of csbk.ca are received from outside sources, and we will not be held responsible for the accuracy of the information contained therein.

If you have a press release you would like to see on csbk.ca, please send it by email to info@csbk.ca. Please note that press releases are posted as a courtesy and at our discretion. Proper series name and official class names must be used. Include a photo that you have the rights to use - unfortunately, we are not able to post images with watermarks. Not all submitted press releases will be posted.