WRBF-Racing News: We are pleased to announce that Avery Hart and Keegan Gaudet will be competing in the 2019 Canadian Mopar CSBK Amateur Lightweight Sport Bike Series, aboard their World Renowned Baddeck Facility- Racing (“WRBF -Racing”) prepared Yamaha R3 ‘s.  We have assembled an experienced and talented team to coach Avery and Kegan and to prepare and maintain the competitive Yamaha.  This 2019 season, under the “WRBF- Racing” banner and founder Paul Whitehead, we are looking forward to new challenges, learning different tracks and hopefully making Avery and Keegan National Road-Racing Champion (s).  We are also very pleased to have on our team Gary McKinnon; a 2016 inductee into the Canadian Motorcycle Hall of Fame, with almost 50 years of road racing experience.

Avery Hart is a 26 year old from Cape Breton, Nova Scotia.  Avery has been involved in and has enjoyed all measures of motorcycling from a very young age.  In 2017 he finished 2nd overall in the ARL Light Weigh Super Sport (“LWSS”) Division and 3rd overall in the ARL Dealers LW 300 Division; aboard his Kawasaki Ninja 250.  That same year, Avery had a 4th place showing at the CSBK Round 4, in the Invitational LWSS Division.  In 2018 Avery dominated the sARL LWSS Atlantic Division, winning the regional  championship by more than 40 points and again taking 3rd overall in ARL Dealers LW 300 Division. That same year would also see Avery win his first National podiums in the CSBK by winning 1st and 2nd place podiums in Round 4.

Keegan Gaudet is a 16 year old from Tyne Valley, Prince Edward Island. Keegan started road racing in 2016 at the age of 13 and finished 3rd overall in the sARL LWSS 250 division, in addition to earning the sARL “Rookie of the Year” and the “Most Talented Rider Award”.  In 2017, as the result of several injuries Keegan was unable to complete the entire race season but consistently finished in the top three. Keegan, in 2018 was able to lock down 3rd place overall in the sARL LWSS Division standings. Most impressively, Keegan won his first National race at Canadian Tire Motorsport Park, Bowmanville, Ontario at CSBK Round 5, 2018. This was his first National race, his first National podium and his first time seeing that track. Keegan is looking forward to racing this year and eventually hopes to compete in the MotoAmerica National Series.

The Mopar Canadian Superbike Championship (CSBK) is the leading road racing superbike championship in Canada and is managed by Professional Motorsports Productions. The 2019 Mopar CSBK road racing series will include six (6) televised race weekends, at venues established with the National tour:

This team will have the opportunity to interact with motorcycle fans throughout Central and Eastern Canada; to bring media attention to our sponsors and the region in general as North America’s top motorcycle tourist destination. It will also allow us to test and showcase many of the race components built by WRBF - Manufacturing.  We would like to acknowledge and thank some of our current sponsors; Lucas Oil, BigSpruce Brewing, Babin's Racing, Atlantic Sub -Sea and Tony Rooyakkers.  We appreciate your support and having you as part of our team. You can follow Avery’s racing season at: https://www.facebook.com/WRBFRacingTeam

From a press release 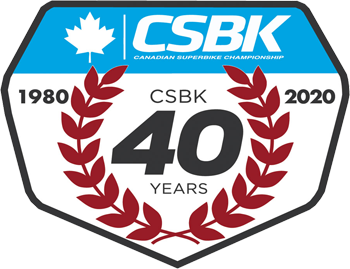 Disclaimer: Press releases that are posted in this section of csbk.ca are received from outside sources, and we will not be held responsible for the accuracy of the information contained therein.

If you have a press release you would like to see on csbk.ca, please send it by email to info@csbk.ca. Please note that press releases are posted as a courtesy and at our discretion. Proper series name and official class names must be used. Include a photo that you have the rights to use - unfortunately, we are not able to post images with watermarks. Not all submitted press releases will be posted.